Helicity Boson, a well known pirate and blogger asked for us to share our stories (on his blog here), and that got me musing on how I came to EVE, on how my story really began.

I've told the tale over the years but usually I'd leave out various details, inwardly cringing while I lied by obmission.

But this is EVE, a dark, strange, and beautiful world where people lie and do bad things so I'd brush it off, tucking the truth away in the back of my mind.

It's a game, right? So what does it really matter how it all really happened....

Spring of 2009, my friend Andrew had finally worn me down, making me promise to try this game he was constantly playing.

As we treked down the dusty roads of the Barrens in World of Warcraft, he would regale me of epic space battles. As I stopped to pick flowers in the lush forests of Silvermoon, he would be linking me EVE game trailers.

I was already vaguely familiar with EVE, having found the website years prior.  I remember browsing the gallery, marveling at the beauty of space.  I listened to the soundtrack, even read some of the fanfic stories.

But a part of me resisted trying it because I wasn't much of a gamer at the time (this was before I got suckered into playing WoW) though I was definately intrigued.

Finally what drew me in was a story he mentioned about how someone infiltrated a corporation and stayed there for nearly a year, then betrayed them by stealing everything and had the CEO murdered!  He linked me to an article and said "this is EVE".

I took the bait and was hooked.

Though we had fun on WoW, I couldn't help but be entranced by the idea of loss in EVE.  He explained how brutal things were within the game, that if you got your ship blown up, that was it, there was no respawn.  No magic bags to carry your stuff around, that wherever you left your stuff thats where it remained til you went back and got it.

He went on to tell me that he was creating his own corporation called Clubs and Diamonds [CLADI] and that it was going to be a merc corp and that if I joined EVE, I could be his spy girl.

Naturally my thoughts went to the article, of how I could be just like Istvaan Shogaatsu!  A digital female James Bond, how exciting!

I made my first account and eagerly signed in, ready for the drama! The intrigue! The chance to make my mark on this dark and alluring game!

...and then he signed me up for a carebear corporation that mined.

I pouted a bit because I was stuck pew pewing rocks while he was off in 'null sec', whatever that mysterious and dangerous place was.

Fine, whatever.  I learned the very basics of flying around while he was creating the new corporation.

By the time he had it set up and had his first contract, he was finally ready for me to join him...but by now I had gotten to know the miners and was somewhat reluctant to leave them!

We had a bit of back and forth:

Him: "This is why I brought you to EVE!"
Me: "But but but I like these guys! They are so nice!"
Him: "Do you really want to shoot rocks the rest of your EVE career?"

I decided to make my second account. I created Shalee Lianne and within a few days I applied to the corporation that [CLADI] was going to wardec.

Andrew had me research the corporation and I was absolutely thrilled to find out it was a roleplaying corp!  I was eager to infiltrate, eager to play the part of spy because it was just roleplay, I easily justified it to myself.

The corporation was Pratoria Imperialis Excubitoris [PIE] of the Amarr Militia.

It took two weeks to get accepted into the corp because a character had to be at least 14 days old.  During that time I would sit and chat to members in their public channel.

One of them, Dante Chance, thought I was some sort of Minmatar spy.

I giggled, having no idea what a Minmatar even was.  He asked me to get on voice comms to prove that I really was a girl and as clueless as I pretended to be.

We fleeted, he took me around space, taught me how to align and warp (which I already knew from my mining days) but I feigned the helpless girl and by the end of the night, he was vouching for me on my application.  I had no problem at all telling him I wasn't  a Minmatar spy.

However, as the days passed, I started to have mixed feelings.  Was it lying or just rping?

Finally it was time to be interviewed and I was allowed in.

This was an interesting time, settling into the corporation, getting to know the players, and finding out that 'militia' meant living in low sec and getting shot at.

The nerve of some people, shooting me!

The [CLADI] wardec went live and we were instructed to fly smart by the PIE admirality.

Meanwhile, I had been gathering as much intel as I could.  Most of it was pretty basic stuff, home systems and fleet comps and member names.  I would email Andrew (EVE name, Vonlin) at least ten times a day with mostly useless info because I was so new to the game, I didn't know what was important and what wasn't.

Up until this point, the [CLADI] guys had no idea I was working with them. Vonlin thought it best to keep it a secret because it being EVE, you never really know who you can trust, right?

The first night of the wardec was pretty thrilling.  I jumped onto vent hoping to tell Vonlin about something and found the guys engaging someone from PIE. (Vonlin hadn't logged on yet) Since I knew what was happening from the PIE side I told the guys and accidently blew my cover.

Oh well.  It made it easier to report intel, anyhow.

The guys ended up naming me Operative Sigh.

Though 'we' were winning the war, a part of me started to feel really bad about things.  My spying was less about roleplaying and more about lying.

Starting out, I knew that joining PIE was just a 'job' and that betrayal was part of that job, however I couldn't shake off how bad it was making me feel.

It was everything I thought it wasn't going to be.  It was depressing, deceitful, and I ended up hating it.

Instead of fulfilling my grandeur dreams of spygirl extraordinaire, I ended up being miserable by the end of the war.

I had to tell someone what I had done.

During this time I'd been roleplaying with Zenton Karvash, who at the time was in PIE with me.  I told him via roleplay, in-character.

At the end of the wardec I had to make a choice.  Vonlin asked me to quit and prepare for our next wardec.
I thought about leaving militia and tried to imagine how things would be if I were to continue on as a spy.

I realized I had grown too attached to the Amarr Militia.  I liked flying around in my tech 1 fit punisher blasting away at the rats in the plexes. I liked roleplaying and I liked the people I had grown to know.

I just couldn't do it.  I didn't want to leave and I knew myself well enough to know that I couldn't justify spying as roleplaying any longer.  If it were just in character, maybe.  But spying requires you to lie to the players, not just the characters.  There's nothing clever or exciting about being that kind of person, at least to me.

So I decided to stay and play the game without Vonlin and the rest of the guys.  Sure, there was always a fear of being exposed because the CLADI guys knew my secret but I decided to risk it.  I trusted them enough and really, roleplay didn't really matter to them anyhow.

The one thing I didn't factor on was having someone outside of CLADI knowing the truth.  The guy who placed the contract on PIE was privy to my identity and after so many months, he contacted me.

He knew everything.  At first he complimented my skills...and then he threatened to out me to my superiors if I didn't agree to infiltrate another corporation to steal something for him.

At the time it seemed horrific.  All I could think of was losing everything I had worked for in Amarr Militia, of how I would never be trusted again.  Integrity was everything in PIE.  I was certain I would be kicked out or worse.  After all, this was a group of rpers which meant that I could be hunted by the Inquisitors.  They could even forbid the other members to talk to me!  I could have lost my rank in PIE, my corp, and my friends.  Naturally I was devestated.

I told Vonlin how I was being blackmailed and he took care of things somehow or other.  He never told me how, only that he did.

My secret was safe again.  I told only a handful of other people since then, who as far as I know have kept it to themselves all this time.  It's not a secret anymore, rather, part one of my confessions as an Amarrian roleplayer.

So there you have it, my story of how I came to play EVE.
Posted by Shalee Lianne at 1:34 PM No comments: 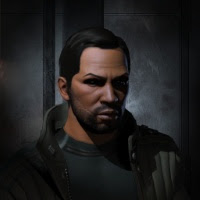 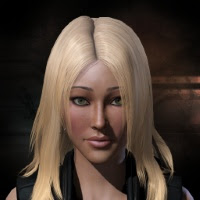 Entry 113: Her Own Betrayal
Posted by Shalee Lianne at 5:56 PM No comments: 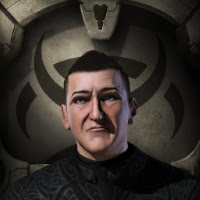 Entry 113: Her Own Betrayal
Posted by Shalee Lianne at 5:53 PM No comments: 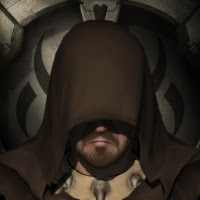 Entry 113: Her Own Betrayal
Posted by Shalee Lianne at 5:51 PM No comments:

This blog will eventually list every character (both played and NPC) listed in my main blog.
My hope is to have a character sheet on everyone that will include which entries the character is mentioned in, along with links back to their own blogs, kill boards, profiles, etc.
Posts 108-140

Shalee Lianne
The diary & stories of an untraditional Amarrian Loyalist. Everything you read here is OOC info unless your character was present at the time.